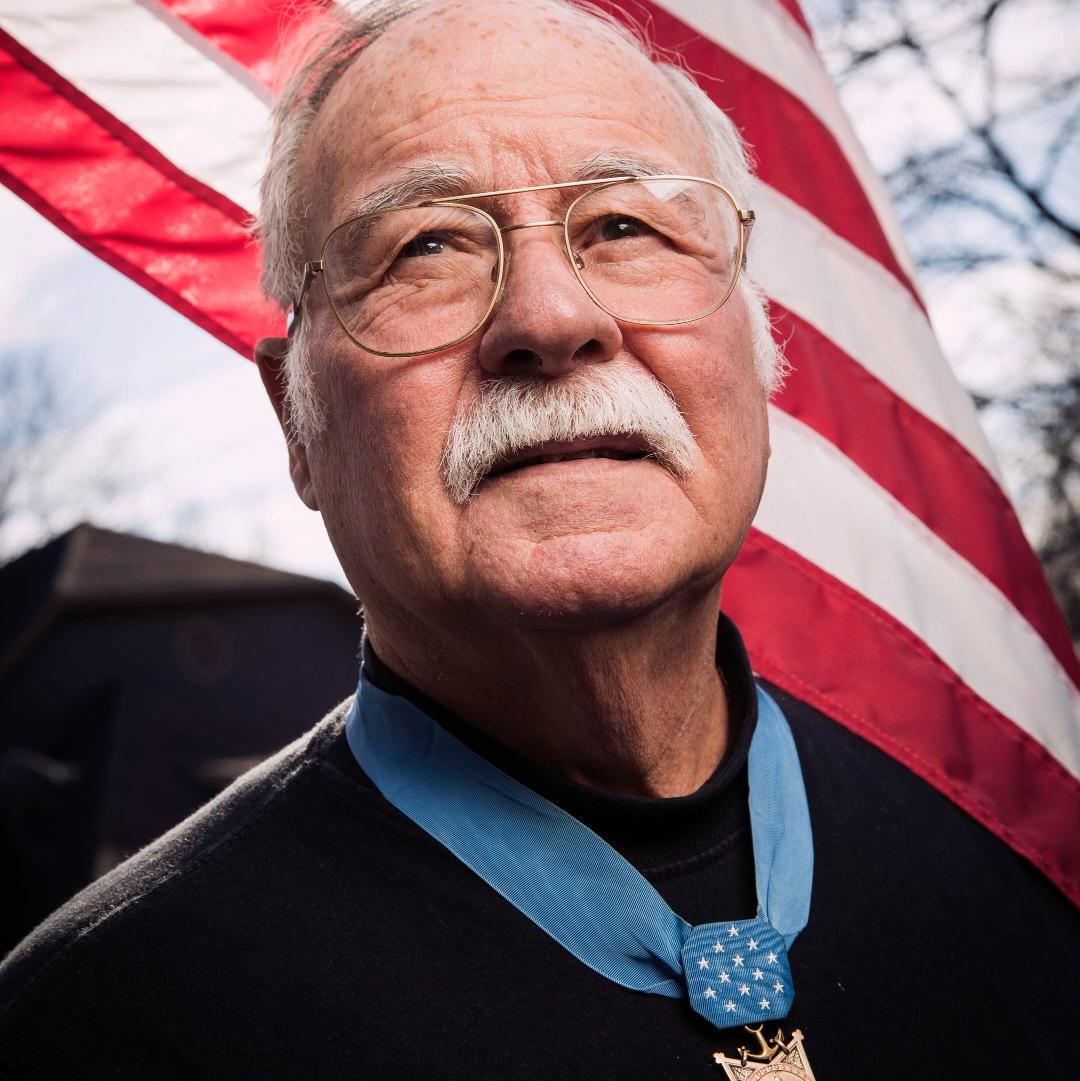 Harvey is a former United States Marine Corps officer who received the Medal of Honor for valor during the Vietnam War. He was the fourth Marine to receive the medal for valor in Vietnam. He retired from the Marine Corps in 1989 after more than 27 years of service. Barnum served as Deputy Assistant Secretary of the Navy for Reserve Affairs from July 23, 2001 to January 20, 2009. He also served as Acting Assistant Secretary of the Navy (Manpower and Reserve Affairs) from January 21, 2009 to April 30, 2009.

At Saint Anselm College, Barnum joined the Marine Corps’ Platoon Leaders Class program in November 1958, and attended two summer training sessions, one in 1959 and the other in 1961. In June 1962, he graduated from Saint Anselm College with a Bachelor of Arts degree in Economics. He is a member of the Red Key Society (Rho Kappa Sigma) at Saint Anselm College. Upon graduation, he was commissioned a Marine Reserve second lieutenant.

Second Lieutenant Barnum was ordered to Marine Corps Schools, Quantico, Virginia, where he attended The Basic School until December 1962, when he began the Artillery Officers Orientation Course, graduating in February 1963. He was then ordered overseas and joined Battery A, 1st Battalion, 12th Marines, 3rd Marine Division on Okinawa, Japan. He served first as a forward observer and then as the Battalion’s liaison officer. In July 1964, he accepted appointment in the regular Marine Corps. Prior to completing his Okinawa tour, he also served as the battalion liaison officer. He was promoted to first lieutenant in December 1964.

In April 1964, 1stLt Barnum was transferred to the 2nd Marine Aircraft Wing and assigned as the Wing’s Career Advisory and Personal Affairs Officer. During Exercise Steel Pike, a landing exercise in Spain, he served as the Wing’s Security Officer. Upon returning to the United States from Spain, he was assigned as Officer in Charge, 2nd Marine Aircraft Wing Classified Files.

From December 1965 until February 1966, 1stLt Barnum served on temporary duty in Vietnam as an artillery forward observer with Company H, 2nd Battalion, 9th Marines, 3rd Marine Division. Lieutenant Barnum would be awarded the Medal of Honor for his actions on December 18, 1965 — for "conspicuous gallantry and intrepidity at the risk of his life above and beyond the call of duty".[3] He had taken over command of a rifle company when its commander has been killed in action, and reorganized it for defense and successful evacuation after destroying the enemy.[4]

He was promoted to captain in June 1966, after he returned to Hawaii. From March until August 1967, Capt Barnum attended the Associate Field Artillery Officers Career Course, Fort Sill, Oklahoma. Transferred to Headquarters Marine Corps, he served as Aide-de-Camp for LtGen Lewis W. Walt (then the Assistant Chief of Staff for Manpower and subsequently the Assistant Commandant from September 1967 until October 1968).

In October 1968, Capt Barnum returned to Vietnam where he served as Commanding Officer of Battery E, 2nd Battalion, 12th Marines, 3rd Marine Division. With the 3rd Marine Division redeployment from Vietnam to Okinawa in September 1969, he remained with that unit until the following October. For his service in this capacity, he was awarded the Bronze Star with Combat “V” and Gold Star in lieu of a second award, the Navy Achievement Medal with Combat “V”, the Purple Heart for wounds received, the Combat Action Ribbon, and the Vietnamese Gallantry Cross with Silver Star.

Upon his return from Okinawa, Capt Barnum was assigned as a weapons instructor at The Basic School, Marine Corps Development and Education Command, Quantico, where he served until August 1970 at which time he entered the Amphibious Warfare School, graduating in February 1972.

He served as Operations Officer, 2nd Battalion, 10th Marines, Camp Lejeune beginning in March 1972, and was promoted to major, May 1972, to lieutenant colonel in December 1978, and to colonel in February 1984. In 1987, he was assigned as Military Secretary to the 29th Commandant of the Marine Corps.

In August, 1989, Colonel Barnum retired from the Marine Corps after more than 27 years of service.