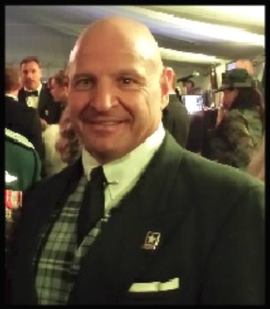 Dr. Timothy P. Novelli, of North Canton, Ohio has been in practice since 1985. After completing his undergraduate courses at Walsh University in North Canton, he received his Doctorate at The National College of Chiropractic in Chicago, Illinois.

Due to his successful adjustment techniques, many medical doctors as well as chiropractic colleagues refer their most difficult cervical disc patients to Dr. Novelli for treatment. Dr. Novelli specializes in neuromuscular and skeletal injuries and, for over 25 years, has provided care for both professional and Olympic athletes from around the world returning them to competition sooner and improving their performance both on and off the field. In addition, he has provided chiropractic care and served as the Team Physician to the Ashland University Elite Track and Field teams, The Cleveland Browns professional football team, served as a Ring Doctor for MMA tournaments and is a Past Vice President of The North Central Academy of Chiropractic. For the past 28 football seasons, Dr. Novelli has served as the Team Physician for his Alma Mater, The Central Catholic Crusaders * 2 times State Champions.

After meeting Retired US Army Sgt. 1ST Class Dana Bowman at his Halo for Freedom event, Dr. Novelli had the opportunity to meet and extend Chiropractic care to over 150 Wounded Warriors. Soon after that event Dr. Novelli founded THE PATRIOT PROJECT.

Chiropractic care is now available to our heroes in 17 states by some 250 Chiropractors. Dr. Novelli is now dedicated to encouraging members of his Chiropractic Profession to SUPPORT “the cause” and JOIN THE PATRIOT PROJECT.